Let’s talk about a great way to read and write chord charts.  This system is sometimes  attributed to Charley McCoy (harmonica).  He and other studio musicians in Nashville developed and perfected the system to simplify some problems that occurred in the recroding studio.  Here’s what happened.  An artist would come in to record a song and realize that the key they intended to sing in wasn’t going to work.  Then there would be time wasted as the chord charts were rewritten in the new key.  Charley realized that, because of the relationships between notes and chords, the charts could be written using the numbers 1 through 7 instead of A through G.  Then, if the key had to be changed (maybe for another artist) the charts didn’t have to be rewritten!

Lets talk about playing a song in the key of C.

First, look at all of the musical notes from C to shining C (I mean an octave above, hah!) Well, that would be 13, so I’ll leave off the last C!

Assigning a number to each note, we have

Well, suppose we’re in the key of G.  The diatonic scale is

Here’s a chart that summarizes the above.  You may want to right click on it and save it to your computer! 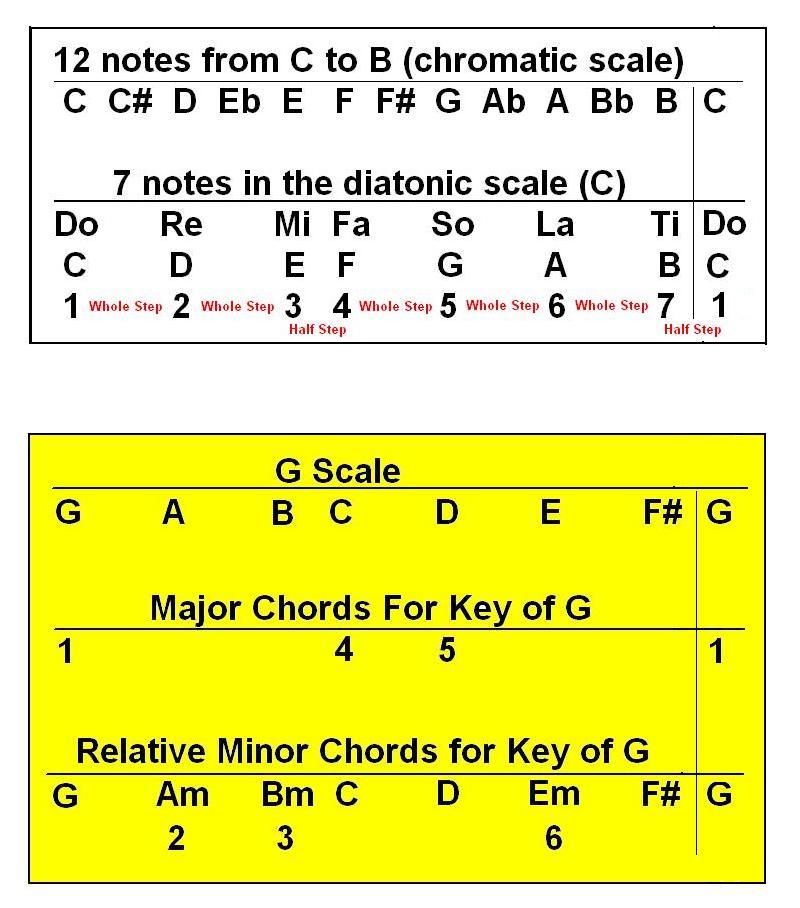 Take a class at Stringbender Music and we’ll give you all the instruction you need to use the Nashville Number System in your music, whether it is reading and writing charts, or finding your way around your instrument better!